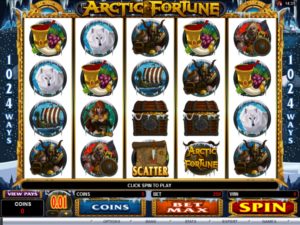 Near misses are something you are going to experience a lot when playing most slot machines, and that is simply when a set of matching and often very high paying reel symbols are displayed on the screen at the end of a base game spin but are not quite lined up on an activated pay line.

Being just one reel position of a life changing jackpot is often part and parcel of the excitement and attraction of playing some slot machines, for it often instils into players the a sense of excitement and gives them the urge to carry on playing in the hope those reel symbols do soon line up on a put into play pay line and then awards them with the jackpot!

However, as a player you should always reduce the risk of you missing out on any winning combinations spinning in, and the best way you can always do that is by ensuring that you do put into play every single pay line a slot machine has on offer.

There are of course some slot machines that force you to have to play every single pay line, such as the fixed pay line slots or the All Ways and All Pays structured slots, and when playing the latter type of slots you will never experience any near misses, as every single way of forming a winning combination is in play on each spin you play off.

There can also be some additional benefits of you putting into play maximum pay line spins, and one of them is when you are playing a slot on which a bonus game is triggered when any type of bonus game awarding reel symbols line up on an activate pay line.

Progressive slot machines, much more so some of the older styled ones, will require players to have to play maximum pay line spins to have any chance what so ever of winning the progressive jackpot.

The way in which such slots tend to award their progressive jackpots is by a player lining up the jackpot symbols on the highest numbered pay line, so when playing fewer pay lines than the maximum on offer you get no chance what so ever of winning the jackpot.

Imagine how you would feel if you did line up the jackpot paying reel symbols on the highest numbered pay line when playing such a slot, but did not have it activated! You would then not be awarded with what may be a life changing jackpot, and will be extremely annoyed at yourself for not putting into play that pay line!