There are going to be a large number of free to enter and paid to enter slot tournaments on offer to you at various different online casino sites, and as a player who only has a limited bankroll those tournaments are a great way of getting plenty of play time from your bankroll, and still have the chance of winning big.

However, as with any type of competition you will need a bit of luck in playing off your entry in a slot tournament, as there is no real skill involved and as such that is why they are popular as players are tasked with nothing more daunting that clicking onto the spin button as quickly as they can do to play off each spin rapidly! 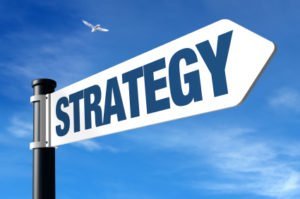 Each time a winning combination is spun in the number of coins awarded on that winning spun are turned into points and it will be the player or the players who amass the most points over the duration of the slot tournament that will be awarded with a share of the prize pool.

Below we are going to pass onto you a range of strategies and playing tips that you may be interested in using and putting into play when you next take part in an online slot tournament. So read on as some of them may be of interest to you and may help you win!

Using the Continue Option – One way that you may be able to win a prize on a slot tournament being played online is to buy your way onto the Leaderboard. That is going to be something you could do when the slot tournaments offers players something known as a Re-Buy option.

You will be able to carry on playing from the point your last entry ended by paying an additional fee and that will then see you being awarded with more tournament credits and being given extra time to play off that additional entry to help you increase your points.

Take the Re-Buy Option – Some slot tournaments will allow you to void your original entry and pay an additional fee to take that initial entry again. This is commonly known as a Re-Buy option and by taking it you will then be able to try and score a much higher score than your original one.

Timing Your Entry – Many online slot tournaments will be running over a few hours or may be available over a number of days. Take for example those offered at a downloadable Microgaming software powered casino, you will often find that when you register to take part in some of their tournament you have an hour or two to take your entry.

However, what we have found is that on the freeroll slot tournaments many players tend to take their entry as soon as the tournament goes live, and what can happen is that the tournament server gets a little overwhelmed and as such those players may experience a lag in regards to the amount of time from clicking the spin button to the reels spinning and then stopping.

So one tip will be for you to wait for several minutes before you at your entry as by doing so you may not experience that lag and will get to play off many more spins than those players who took their entry as soon as the tournament started!

Look at the Number of Entrants – Most slot tournaments list the exact number of entrants who have registered to take part in them and as such if you want to have a much greater chance of winning any online slot tournament then be on the lookout for those that only have a small number of entrants as that way you will have a much better chance of winning a prize when there are not lots of players taking part in one!