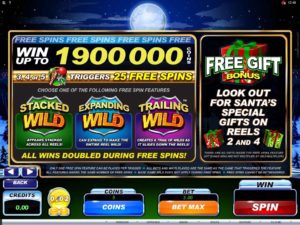 Slot machine developers and designers should bring out a book to help train slot players how to play some of their much more modern slots, for they often come with a plethora of different features players quickly need to get the hang of!

Take for example wild reel symbols, when you used to play slot machines not that long ago the only thing they would do whenever one or more of them had been spun in would be to stand in for most other reel symbols.

Then along came Wild Multiplier symbols, which not only stood in for most other reel symbols on slot machine reels, but would also boost the value of those winning payouts by the value of the multiplier amount.

It was then decided that some high variance slots would be best suited if the multiplier values on wild symbols could be multiplied by one another when more than one of them spun in, which is how some of those slots can offer massive winning payouts from time to time with the help of those symbols!

Expanding wild symbols can also be found on quite a number of slot machines, and when one or more of them spin in they will increase in size and expand upwards and/or downwards on the reels they appeared on therefore filling those entire reels with wild symbols.

Random wild symbols can also be found on a small number of slot machines. Some of those slots will add one or more wild symbols at random on different reel positions at the end of a base game spin or will award them during some form of bonus game, which makes playing such slots quite exciting.

You will also come across quite a number of slot machines on which there will be what is known as wandering wild symbols. Spin in those symbols will see them initially standing in for any reel symbols listed on the pay table, but they will then move across the screen one reel at a time on any subsequent spins you play off.

Eventually they will make their way right across the reels to either the first or last reel and then on the next spin they will vanish off the screen and reels.

You may also be given the option of turning certain non wild symbols into wild symbols for the duration of say a set of free games you may have triggered when playing a slot.

If you are offered such a feature when playing you should make a point of selecting the reel symbols that are located onto the reels in the largest numbers, as you are more likely to see those symbols spinning in!

When playing any type of brick and mortar slot machine if you are confused about any of the reel symbols or how the slot plays and pays then simply click onto the pay table or help button and all will then be revealed to you.

Playing online or mobile slots will often see you being able to make use of a set of help files by clicking on the respective button, and when doing so you will find a complete description of how the slot game works and operates and plays and pays too!