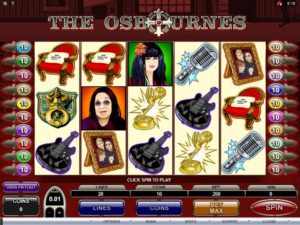 How many times have you been wandering around a casinos gaming floor or looking through the list of games at an online or mobile casino site and have dismissed the idea of playing some slots based solely on the theme they have on offer?

It will surprise many slot players the amount of time an effort that all slot machine designers put into researching the themes of each of their slots, for making a wrong decision in regards to the way a slot machine looks can result in them not getting much attention from players!

It is however true to say that some categories of slot machines, usually the older styled three reel and classic slots will not have any noticeable themed attached to them, but the much newer all singing and all dancing video slots will have a huge array of different themes.

With that in mind we shall now give you some ideas in regard to which slot machines do seem to attract the most players, those of course being the ones that offer the most instantly recognisable themes, but often coupled with some unusual playing structures and bonus games and bonus features too!

Slots that have a themed based around a popular and current television show will always get players excited, and one of the most played slots currently is the Walking Dead series of slots. There are two different slots in that series which have both current and past cast members displayed on the reels as reel symbols.

Many players will also be attracted to play slot machines on which there is not only a theme of a TV game show, but also the type of games contestants play on those games will also be on offer on them as bonus games.

The Deal or No Deal game show is of course screened and aired in many different countries of the world, and you will also be amazed at just how many slots come with the open the box or briefcase type of bonus game that the Deal or No Deal TV show is based around.

Rock and Pop stars and bands are also going to be found as the theme of many slot machines, however it is usually fans of those pop and rock stars and bands that are much more likely to play them.

There are also some slots that will come with an outer space, under water or even a comical type of theme, so always keep your options open when you are in a slot playing frame of mind as you are always guaranteed to find more than enough slots you will enjoy playing, no matter in which playing environment you choose to play them in!