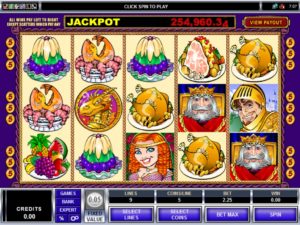 The number and type of slot machines you can play these days on which a progressive jackpot or more than one of them can be won is increasing.

There are however lot of facts and figures relating to such slots that you need to familiarise yourself with to help you make a decision on which progressive slots you should be looking to play, and which ones you will be best off avoiding playing.

Take for example slot machines which offer one or more progressive jackpots that are guaranteed to be won when they reach a certain value. You are much more likely to win one of those jackpots when the current value of their respective jackpots is close to their guaranteed hit by amounts.

Due to the guaranteed hit values of those types of slot machines usually being quite low in value such as $50.00 and/or $500.00, you will find they are the slots you stand a much greater chance of winning a progressive jackpot on.

Slot machines which offer progressive jackpots that have no guaranteed hit by amount can be quite risky slots to play. As there is no way of knowing in advance as to how much their jackpots will grow to in value before a player wins one of them.

However, having said that there is a strategy you can put into play when playing progressive slots and that is to spend a little bit of time researching when on average such slots award their jackpots.

That is going to be far easier to do when for example you choose to play online or mobile progressive slot machines as many websites list all of the jackpots won on such slots, often giving you the value of each jackpot and how long it took for a player to win a jackpot after the previous one had been won.

Take for example one of the oldest online slot machines, that being Microgaming’s Cash Splash slot. That slot machine is one on which when playing for a stake of 3.00, in your own home currency, you have a chance of winning the progressive jackpot.

Having studied the jackpots awarded to players playing the Cash Splash slot we have been able to work out on average the jackpots value won by each player is £/€/$ 31,718 and the average amount  of time before each jackpot is won is 15 days.

As such, the best time to play that particular progressive slot machine is when the jackpot has grown in value over and above £/€/$ 31,718.

If you do ever fancy playing one or mobile slot machines from Microgaming that do offer progressive jackpots then a few other facts and figure you will be interested in are that the Mega Moolah slot games average jackpot payout value is £/€/$6,620,068, and the average amount won by players winning the jackpot on the Major Millions slot is £/€/$698,247

Two other slots that may be worth playing when their jackpots grow in value over and above their available payout amounts are the King CashaLot slot which pays out on average to jackpot winners £/€/$655,208  and the Treasure Nile slot on which the jackpot grows on average to £/€/$87,912 before it gets won!