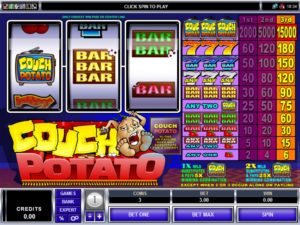 As someone who is fairly new to playing slot machines, you need to be aware of one quite important aspect of playing them, and that is that each slot will come with one of three different types of variance.

Variance is simply the element of risk you will have in play when playing your chosen slot, and if you select a slot machine with the wrong type of variance or risk attached to it, based on your own personal preferences, you may not experience the type of playing session you have hoped for!

With that in mind we shall now give you an insight into those three different types of slot game variance. Anyone who is eager to have only a small or low amount of risk in play when playing slot machines should look out for one that offers a low variance type of playing structure and design.

All low variance slot machines will have been designed in such a way that you are going to experience quite a lot of spun in winning combinations when playing them, and as such you do tend to get something of a much longer playing session when you set about playing such slots.

However, it does have to be said that the jackpots on offer on low variance slots are never going to be life changing ones and the bonus games and bonus features you will trigger, and often trigger quite frequently when playing such slots will be quite modest paying ones too.

Medium variance slots are designed to offer a fairly good mix of low to medium valued winning payout when you set about playing them, and obviously offer a slightly higher element of risk than low variance slot machines.

High variance slot machines are often the ones players will make a beeline to play if they want the chance to win some huge amounts of cash, but are prepared to take the risks of playing such slots.

What you are definitely going to experience when playing high variance slot games are some terribly low paying slot sessions, for they have been designed in such a way that the lower valued winning combinations do not spin in as often as they do on low and medium variance slots.

By you being prepared to make the compromise of not seeing many lower valued winning payouts being awarded to you when playing high variance slots you have the chance of winning some much higher valued ones either via their base games or via their bonus games and bonus features.